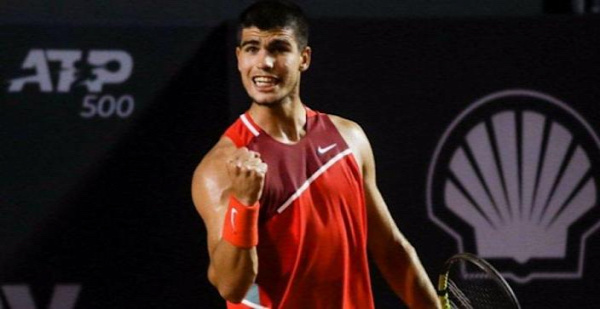 In the duel of the owl, which started after 0:30 am, better for Carlos Alcaraz, 29th, aged 18, who guaranteed a spot in the quarterfinals of the Rio Open, the biggest tournament in South America.

The tennis players entered the court with doubts as a drizzle was falling and both waited all day after rain had fallen since 5:25 pm in the capital of Rio de Janeiro. Delbonis was annoyed and kicked the Sportv reporter in the pre-match interview.

In the resumption, Alcaraz closed the first set by 6/4 and was down at the beginning of the second twice with a break, but equalized and led to the tie-break where he was more aggressive with the right and efficient defining the match ended at 1:48 in the morning.

The confrontation had started on Thursday and stopped with 5/4 and serve to the Spaniard who faces the Italian Matteo Berrettini, sixth place, who defeated Thiago Monteiro in three sets after 2h51min.

Alcaraz and Berrettini played a five-set match at the Australian Open with the Italian triumphing in the decisive tie-break.