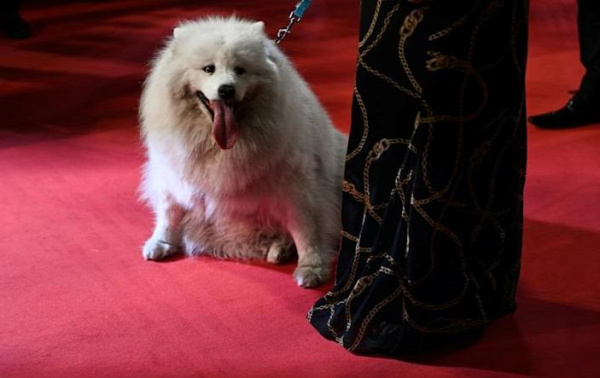 An honorary award was presented to a Ukrainian mine detection dog at the Cannes Film Festival. The winner of the "Palm Dog Award" race on Friday was poodle Brit, who starred in Riley Keough and Gina Gammell's film "War Pony" under the name Beast. The dog received a red leather collar as a trophy.

A special honorary award in the canine category was awarded to the Ukrainian tracker dog Patron this year. The award was received by a representative of the Ukrainian delegation in Cannes. "Patron can't be here because he's needed so much at home," she said, referring to the Russian war of aggression in her home country.

The "Palm Dog Award" has been awarded since 2001. One of the most famous winners is the terrier Uggie, who starred in the 2011 silent film "The Artist".

The film festival in Cannes, southern France, ends on Saturday with the awarding of the Palme d'Or. 21 films compete at the festival on the Côte d'Azur for the main prize, which is awarded in the evening by jury president Vincent Lindon.