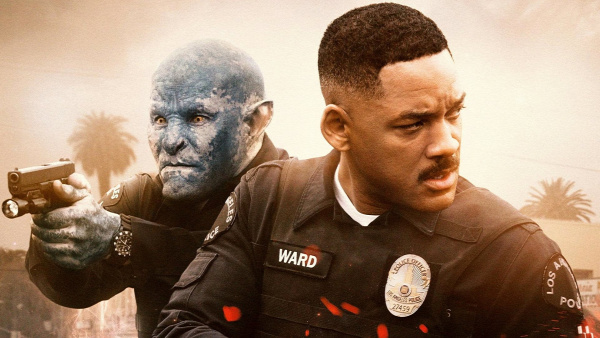 This second part will premiere on Netflix. S*x abounds again in this continuation of the relationship between Laura and Massimo. The original film was accused of promoting r*pe culture The film 365 days premiered on Netflix in 2020 and returned shocking numbers. It entered the daily Top 10 in more than 90 countries and was ranked on Google as the fourth most searched movie in the world for the year.

With these numbers it was almost impossible for there not to be a second part and this is how 365 days now arrives: that day. Laura (Anna-Maria Sieklucka) and Massimo (Michele Morrone) were the protagonists of this film in which s*

x scenes abounded in the middle of a gangster fight. In the sequel we will see this couple again, but the relationship between the two will not be rosy.

Jealousy and betrayal will be integrated into this bond, and to this will be added the complexity that Massimo faces with his family. The appearance of Nacho (Simone Susinna), a mysterious man, in Laura's life, will generate a new conflict.

Blanka Lipinska, author of the novels on which both films are based, told Variety about this new story and the role that Laura will play: “This is, without a doubt, a story about a woman. About how we can be naive, blind; about how much we love; about how we learn from our mistakes and have the opportunity to correct them.”

365 days: that day is directed by Barbara Białowąs and Tomasz Mandes, while the script was left to Mojca Tirs, Blanka Lipińska and Mandes. Also returning to the story are Olga (Magdalena Lamparska), Laura's best friend and her most faithful confidante, and Domenico (Otar Saralidze), Massimo's lieutenant.

In Sieklucka's words, 365 Days: That Day "offers a new look at the character of Laura, who has matured" and "goes much deeper to tell us more about the relationship between the lovers." In the sequel, she added, "she is stronger." Perhaps this comment derives from the memory of the reactions to the first film, accused of contributing to rape culture due to its scenes of sexual violence. Although Netflix was asked to remove it from its catalog, the platform left it arguing that it was not an exclusive production but an acquired fiction and that it has a warning about the content at the beginning.

But it seems that this sequel will not be the only one. In the words of its author, we could have more chapters on the future of Laura and Massimo. “I created a story that is now known all over the world. I am proud of the actors for their dedication to the project and proud of the team that worked so hard on the film. One thing I can promise you is that it's not over yet!” she announced.

"Beverly Hills Cop 4" is moving forward with a new director

Time for another action comedy with Eddie Murphy in the role of Axel Foley. Now the director is in place.
At a time when many old movie icons are returning to the roles that made them famous, Eddie Murphy is also getting ready to play the constable from California again. Team arm in LA. Yes, you know - the cop in Hollywood.

Deadline writes that "Beverly Hills Cop 4" has found its director in Mark Molloy, so far best known from the world of commercials. This will be his first feature film. Molloy thus replaces "Bad Boys For Life" duo Adil El Arbi and Bilall Fallah, who are probably too busy with their superhero movie "Batgirl" for HBO Max.

When the film can be recorded is not known, however, we know that it goes directly to Netflix.

The first time Eddie Murphy played the cocky cop Axel Foley was in "The Cop from Hollywood" from 1984 - the most lucrative film of the year. A sequel came out in 1987, and the third and most recent film was released in 1994.

Eddie Murphy is now 61 years old, as you probably wonder, and apparently not yet "too old for this shit".

And now: one of the best movie themes of the 80's!

Director John Madden's new film tells the true story of two British intelligence officers, who together planned and carried out a daring operation.
The year is 1943 and the Allies are planning, in an attempt to stop Hitler's grip on Europe, an invasion of the island of Sicily. To help the operation succeed, two British intelligence officers draw up a plan, using a daring and somewhat odd strategy. The hope is that one will be able to mislead the German military, by providing a dead body with false documents.

The operation went by the name "Operation Mincemeat", and now it has been translated for the big screen, in a drama of the same title. The real story is told by John Madden, who has previously been behind films such as "Hotel Marigold", "Proof" and "Shakespeare in Love".

At the top of the cast is Colin Firth, in the role of Ewen Montagu, one of the leading men behind the plan. As his collaborator Charles Cholmondeley, we see Matthew Macfadyen, known from one of the lead roles in "Pride and Prejudice", and in recent years from the acclaimed series "Succession".

Now they have released a trailer for the war drama, which gives a first look at what seems to be a partly serious, but perhaps most of all entertaining depiction of the event.

The Flash: the CW renews the series for a season 9

The Greg Berlanti-created series about the DC superhero has been renewed for a ninth season, becoming the longest-running program on the American network channel.

While the broadcast of season 8 of The Flash has resumed since March 9 in the United States, the CW has renewed its fantasy series for a ninth round of episodes according to the site Deadline, silencing the rumors according to which the season in course could mark the end of the adventures of the DC superhero. A season 9 which allows The Flash to dethrone Arrow as the longest series ever broadcast on the network channel, the latter having ended in 2020 after 8 seasons.

Also read: Thor 4: why the trailer is slow to arrive?

“We are coming to the end of a three-year plan that I have put in place for seasons 6, 7 and 8,” showrunner Eric Wallace told Entertainment Weekly last March, before the renewal of The Flash is acted by the CW. “But for the real ending, I had to write two, because I don't know what the future holds (...) I'm hopeful that there will be a season 9, but I have to when even making sure that all of the character arcs will be wrapped up depending on the path the series takes. I also have to come up with something that can tease a potential new season."

However, the interpreter of Barry Allen, Grant Gustin, having only renewed his contract on the series for 15 episodes, it will be necessary to expect that this new season will be shorter than the previous ones - and may mark the end of The Flash's journey for good, after the return of an iconic character to the series in season 8.

In France, the first six seasons of The Flash are available on Netflix, while seasons 7 and 8 are still unpublished on the territory.

Another Will Smith movie is scrapped
“365 days: that day”: the sequel to the film that was all the rage in 2020 arrives
"Beverly Hills Cop 4" is moving forward with a new director
Trailer: Colin Firth in World War II drama "Operation Mincemeat"
The Flash: the CW renews the series for a season 9