ATTENTION: This article contains details of the plot of 'Death on the Nile'.

The COVID-19 pandemic forced massive movie delays to escape theater closures and restrictions brought on by the coronavirus. One of those affected was Death on the Nile, the adaptation of the Agatha Christie novel by filmmaker and actor Kenneth Branagh, who after premiering Murder on the Orient Express in 2018 returned to the universe of the British writer leading Gal Gadot, Armie Hammer, Letitia Wright or Annette Bening to Egyptian lands with a new crime.

Its original premiere was scheduled for December 20, 2020, but finally its arrival in theaters has been this February 18, 2022, more than a year later. Throughout this long period there has been time for many events, including many controversies that have affected several members of its cast. It may be the case of Letitia Wright, the Black Panther actress whose anti-vaccine position has raised a lot of controversy.

Also that of Gal Gadot, who in mid-2021 once again made a splash for his position in the conflict between Israel and Palestine. But the most serious is that of Armie Hammer, who was involved in accusations of harassment and even cannibalistic tendencies. 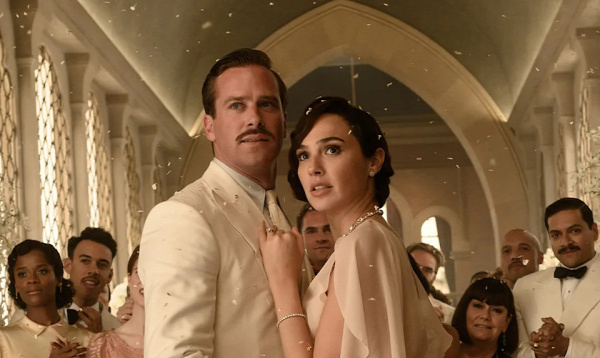 It all started when in early 2021 an Instagram account called House of Effie published alleged messages sent by the actor to women with risque words, descriptions of sexual situations and even confessions where the Call Me By Your Name actor declared himself a cannibal. At first it sounded surreal, but when Hammer began to abandon important projects and entered a rehabilitation center, the case began to be seen as true and terrifying.

With the delay of Death on the Nile, this problem hit Disney squarely. The House of Mouse has always been very careful with his image, and having a controversial figure like Hammer in his production was not a dish of good taste. As The Hollywood Reporter reported, the company even considered re-recording its movie scenes with a new actor, and even removing it with digital techniques. But these options were not feasible.

With such a large cast, with so many top-tier actors with high salaries and with the pandemic making filming difficult and increasing production costs, it was mission impossible to carry out this task. In addition, Hammer plays Simon Doyle, who, as those who have read Agatha Christie's novel or seen the adaptation directed by John Guillermin in the 1970s will know, is one of the most important characters in the plot. Therefore, the elimination of him by digital techniques was unfeasible and the option of re-recording his scenes would have involved reshooting almost half the film.

Therefore, Disney jumped into the pool and decided to release Death on the Nile with the controversial actor. Of course, trying to hide his presence. There is more to see that, despite playing one of the most relevant roles, in trailers and other promotional materials he has been relegated to the background. And in the film they have tried to do the same, although instead of hiding it, they have made the controversy continue to be present in the viewer's mind.

And it is that after the presentation of the plot, the role of Armie Hammer, who during the first section of Death on the Nile already stands as one of the most important figures in the mystery, disappears completely during the middle of the footage. This part is where we see inspector Hercule Poirot interviewing all the travelers on the Nile ship where the murder took place. The characters expose their version of the facts in order to raise our suspicions or increase our doubts, assuming one of the most intriguing, emotional and interesting moments of the film. But Simon Doyle, Hammer's character, never becomes part of this dynamic. He doesn't even make a small appearance on screen, since he remains absent until the moment the mystery is solved.

At that key moment of the plot, where along with other characters Armie Hammer acquires an essential role in solving the mystery, it is when the absence of him in the previous part shocks you the most. And it is inevitable to assume that his presence has been reduced to a minimum by all the controversy that has surrounded the actor. The logical thing is to think that, having in mind the possible re-recording of his scenes with another actor, Disney wanted to reduce his presence as much as possible from the editing to save time and budget in supposed re-recordings. But this works against him and automatically leads you to think about the whole controversy. Even those who are unaware of the problems that have surrounded the actor will make them wonder about his absence at key moments, which when leaving the cinema can lead them to look for a reason.