The media executive confirmed that the organization will currently focus on franchises and on J.K. Rowling's approval hope to make another magic film. The author had caused controversy with comments on Twitter that many believed were transphobic. Some cast members have distanced themselves from Rowling, but the studio has indicated it would be willing to work with her again.

During an investor call on Thursday (November 3), Zaslav said: “We will focus on franchises. We haven't had a Superman movie in 13 years. We haven't done a 'Harry Potter' in 15 years. The DC movies and the 'Harry Potter' movies have brought Warner Bros. a majority of its profits... for the last 25 years." He added, "If we do anything with J.K. If we could do Harry Potter, we would."

Zaslav also stated that Warner Bros. Discovery should leverage big franchises like 'Sex and the City' and 'Lord of the Rings'. The 62-year-old studio boss explained: "What are the films that have brands that are understood and loved around the world? Outside of the US, Europe, Latin America and Asia combined have about 40 percent of the theaters that we have here in the US and there is local content. So if you have a franchise movie, you can often make two to three times the money you can make in the US by getting a slot and focusing on big movies. On the tent poles that people love and people will leave home and go to dinner early to watch the movie afterwards. And we have a lot of those.”

Robbie Coltrane has passed away, aged 72.

The actor is best known for his role as Hagrid in the Harry Potter films. Therefore, several of his former colleagues have also reacted to his passing. 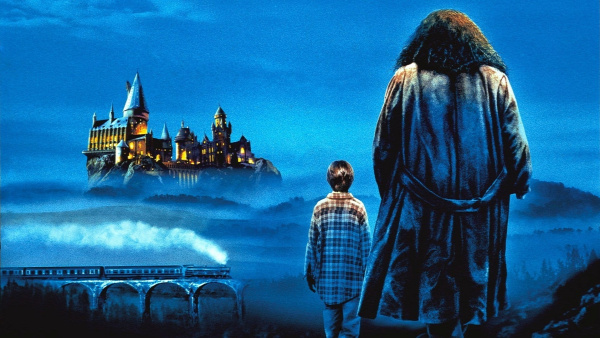 Daniel Radcliffe, who in the role of Harry Potter has had many scenes with Coltrane in the eight films that were made over 10 years, has shared some touching words of remembrance:

- Robbie was one of the funniest people I've ever met and used to make us laugh constantly like kids during filming.

- I have particularly fond memories of 'Harry Potter and the Prisoner of Azkaban', where he kept our spirits high when we hid from the torrential rain in Hagrid's hut for hours, and he told stories and jokes to keep morale up.

- I feel incredibly lucky that I have been allowed to meet and work with him, and I am very sad that he has passed away. He was a great actor and a loving man.

Emma Watson, who in the Harry Potter universe is known for the role of Hermoine, also says goodbye to her late co-star in an Instagram story:

- Robbie was the funniest uncle I ever had, but most of all he was deeply caring and compassionate around me when I was a child and as an adult.

- His talent was so immense that it made sense for him to play a giant - he could fill ANY space with his genius.

- Robbie, if I ever have the opportunity to be as kind as you were to me on a movie set, I will do it in your name and spirit. Know how much I adore and admire you. I will miss your sweetness, your nicknames, your warmth, your laughs, and your hugs. You made us a family. Know that you were that to us. There was no one better than Hagrid. You made it a pleasure to be Hermoine.

In addition to the Harry Potter films, Robbie Coltrane is also known from e.g. his appearance in James Bond, when in 1995 and 1999 he starred in GoldenEye and The World is not Enough as well as the British series 'Cracker'. Rest in peace.