War in Ukraine: Netflix suspends its service in Russia

Netflix stops broadcasting its content on Russian territory due to the invasion launched by Vladimir Putin in Ukraine. A decision that follows the freezing of local productions.

A new sanction has fallen. Netflix has suspended its service in Russia in protest against Vladimir Putin's full-scale invasion of Ukraine. Earlier this week, the streaming service announced it would pause all future projects and acquisitions from Russia, joining a growing list of companies that have severed ties with the country. Netflix had four Russian original projects in the works, including a detective series in the works that has since been put on hold. Netflix also recently refused to air 20 free Russian propaganda channels that the platform was required to host under Russian law.

Also read: Jujutsu Kaisen 0 airing in Korea? this is the detailed info

Now the company is taking it a step further by shutting down its service completely. "Given the circumstances on the ground, we have decided to suspend our service in Russia," a Netflix spokesperson said, as reported by Variety.

The economic backlash that Russia has faced following its decision to go to war with Ukraine has been intense. Not only is the country struggling with heavy sanctions, but many companies and organizations have withdrawn from Russia.

Companies including Microsoft, Apple and Dell announced they had suspended sales in the country, while Ikea closed stores and Nike said it would no longer process online orders. On the entertainment side, all major studios have announced that they will stop releasing their films in Russia.

Netflix also recently announced that it would make its 2015 documentary Winter on Fire: Ukraine's Fight for Freedom available for free. The film centers on the Euromaidan protests in Ukraine, which were sparked by former President Viktor Yanukovych's decision not to sign an agreement with the European Union and instead choose to strengthen ties with Russia.

These protests ultimately led to the ousting of Viktor Yanukovych. It has also heightened tensions with Russia, with Vladimir Putin using the overthrow as a pretext to invade and annex Ukraine's Crimean peninsula. Russia's invasion of Ukraine on February 24, 2022 has caused a humanitarian and refugee crisis, as well as growing fears that it could trigger a nuclear conflict. 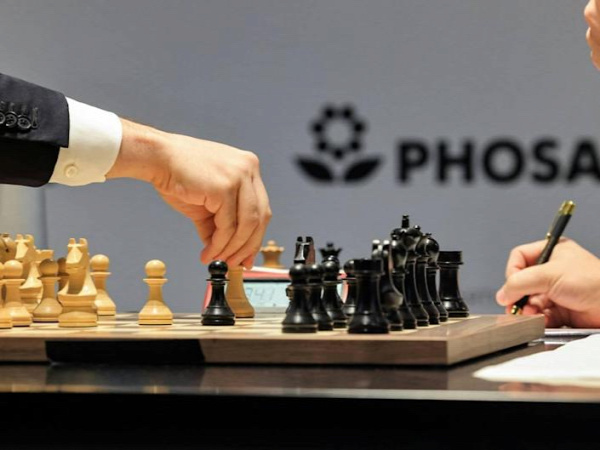 War in Ukraine: Netflix suspends its service in Russia
FIDE with sanctions against Russia and Belarus