"My husband comes more over the head, I over the stomach" 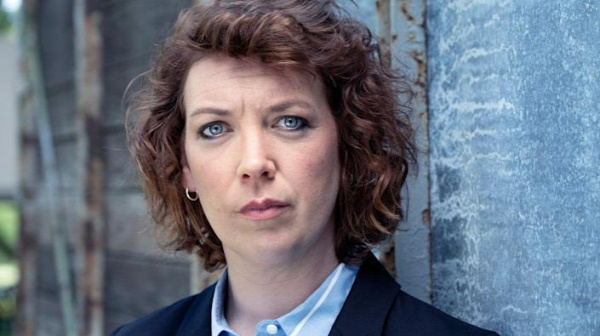 This has probably never happened before on German television: with Charly Hübner, a TV star is giving up his commissioner role in "Polizeiruf 110" - and his wife, the Hamburg theater actress Lina Beckmann, takes over. How did you deal with the explosive personnel situation in the Hübner / Beckmann house?

Lina Beckmann is a star at the Deutsches Schauspielhaus Hamburg, one of the most renowned theaters in Germany. Elsewhere, where the native of Hagen worked at the theater, she left a lasting impression. In 2011 she won the "Actress of the Year" award, and many other awards followed. In film and television, on the other hand, the 40-year-old has made herself rather rare – but that is now changing. With the thriller "Polizeiruf 110: You can't choose your family" (Sunday, April 24, 8:15 p.m., Das Erste), Beckmann takes on the role of investigator alongside Anneke Kim Sarnaus, who after voluntarily leaving her twelve years -Partners Charly Hübner was orphaned. The special feature: Lina Beckmann is married to Charly Hübner. One has to ask how the consistently unusual succession plan came about - and what triggered it in the Hübner & Beckmann family.

teleschau: Ms. Beckmann, did your husband Charly Hübner have a hand in the matter when it came to arranging his successor with the Rostock "police call"?

Lina Beckmann: No, not at all. When my husband told me he wanted out, I asked him, "But who will be your successor?" Later I got a call from my agency asking how I would feel if I were the new commissioner. I was totally surprised. Of course, Charly and I immediately discussed it, but at some point he said: "You have to decide that all by yourself."

Lina Beckmann: Because he was still far too deep in what was happening. My agent ended up saying something that definitely influenced my decision. She asked me if I would think so long if I were the successor to someone I didn't know that well. I had to admit: I probably would have said yes straight away. So I did. Not doing something just because my husband was the predecessor in a role would be pretty stupid. 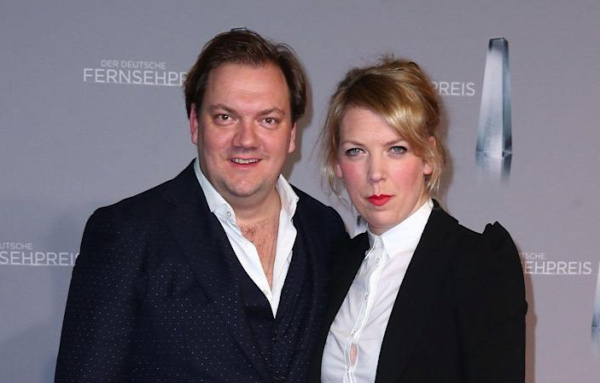 Bukow's sister, Hübner's wife
teleschau: But why did you have to think for so long? Is it somehow dishonest what happened there?

Lina Beckmann: Well, I don't think that's been on German television yet. That the wife will succeed her husband in a major series lead role. Personally, I would be extremely uncomfortable if someone said I got the role because my husband put me in the role.

teleschau: In the penultimate police call with Charly Hübner, your character, who is Bukow's half-sister, was already introduced. I assume it was clear back then that you would take over in Rostock a year later?

Lina Beckmann: It was clear that in the episode "Sabine", which ran in March 2021, Bukow's father would die and be buried. In addition, the station had the idea of ​​whether my role could be Bukow's sister, who was traveling to the funeral service. I thought that was a good idea. It helped me to feel the old atmosphere again.

teleschau: Was Melly Böwe introduced as a police officer back then?

Lina Beckmann: Indirectly, yes. Melly doesn't talk about her job at the funeral service, but Sascha Bukow says in a scene to Katrin König, that is Anneke Kim Sarnau: "Then she also became a police officer." 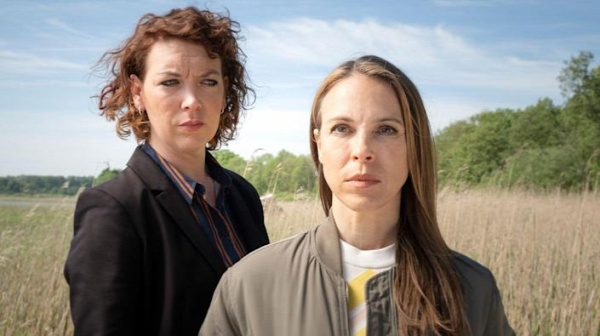 "You have to be careful with the secrets"
teleschau: The construction that Melly Böwe lives far away from Rostock is now a problem. In the first film, she is sent from Bochum, where she lives with her daughter, to the Baltic Sea on a case. Will she be transferred there afterwards?

Lina Beckmann: Since this isn't resolved in the first film, I can't talk about it yet. But yes, she will be living and working in Rostock pretty soon (laughs).

teleschau: How was your experience with the first shoot?

Lina Beckmann: Very exciting. Creating a role with a lot of staying power because it could develop over years is something new for me. You have to economize with the secrets, hold things back, dose. I mostly do theatre. When I was shooting, that was maybe ten days that I spent on a role. There used to be a few more for a movie, but the character's development is still limited to that one movie. Something like "Polizeiruf" is acting something completely different. Also because I play with other characters who carry a lot of history with them.

teleschau: How did the colleagues "with a lot of history" take the new one?

Lina Beckmann: Very good - and that was the big advantage of this task. I really enjoy playing with Anneke Kim Sarnau, the chemistry is absolutely right. But it was also great fun with the men in the commissariat. They are incredibly great, open colleagues. But it was tremendously exciting, I have to say. 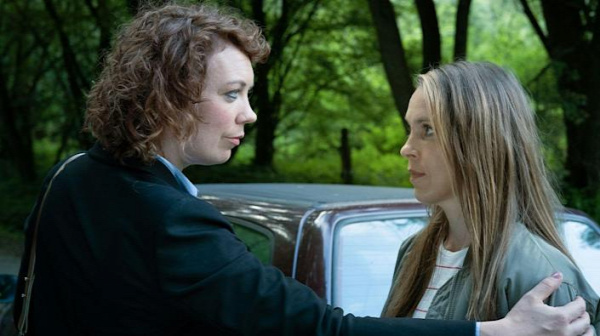 "I could read reviews, look at ratings..."
teleschau: You have played major roles on the stage of major German theaters for many years. Shouldn't you have a lot more stage fright than when you play in a camera?

Lina Beckmann: When I act "live" in the theater, I feel how people appreciate what it does to them. You breathe with the people, I practically grew up with this feeling. On the other hand, the fact that I'm shooting something that takes place in an office and is later cut by the director and accompanied by music is very unusual. I can't say at the moment of creation what will be made of this moment and how my game will be received. You really have to get used to that. And it makes me very nervous - still (laughs).

Lina Beckmann: I'll have to learn it because I can't sit down in the living room with people to see how they find me. I could read reviews, look at ratings, but that's not "direct" feedback on my game. I don't get what people really feel when they see the "police call". That's absurd to me.

teleschau: Will Charly Hübner be of any help to you - and give you feedback?

Lina Beckmann: We are a couple who also talk about work. Above all, however, about what you have experienced and how you feel about it. I've already turned off two "police calls". During this time, I have often asked him for help or advice, because he knows this cosmos of stories in Rostock so well. In these situations he was very "pedagogical", I would say (laughs).

Lina Beckmann: As actors, we approach our profession differently. Classically, I would say that my husband comes more over the head and I over the stomach. 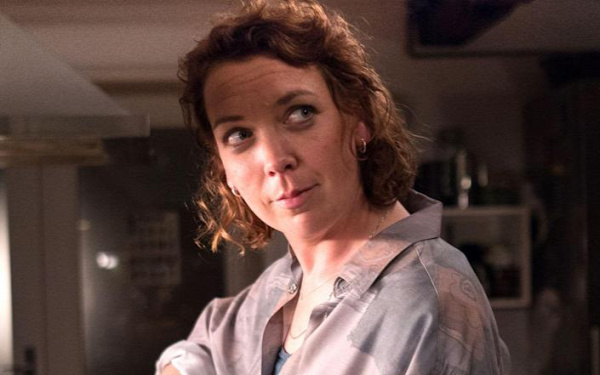 "I will always be the new one"
teleschau: The rest of the Rostock team has been together for more or less twelve years. As a newcomer, does one even have a chance of getting into this clique?

Lina Beckmann: You feel like the new kid in the class. I'll always be the new one, because you can't catch up on twelve years of shared history. As I said, the colleagues are all open and friendly. But I have to finally come to terms with this status.

Lina Beckmann: Yes, but we've never worked together before. It was great to work with her, we also quickly found a nice level privately. And when playing, it works too. Incidentally, one has little to do with the other. It's not a given that both will do well, and it doesn't necessarily have anything to do with the quality of the actor or actress.

Lina Beckmann: No, the theater is far too important to me for that. I've always been a part of the ensemble and I'm not going to stop now. Theater is what I love. The Rostock "Polizeiruf" is a great format with great colleagues. And a challenge that we are very excited about.

Lina Beckmann: Exactly, that's the first goal. We shot the first two films back-to-back, and it will be the same again when films three and four are made.

"My husband comes more over the head, I over the stomach"