Then the wait is over! A full 36 years after Top Gun took the world by storm in 1986, one can finally see the long-awaited sequel Top Gun 2: Maverick in theaters. 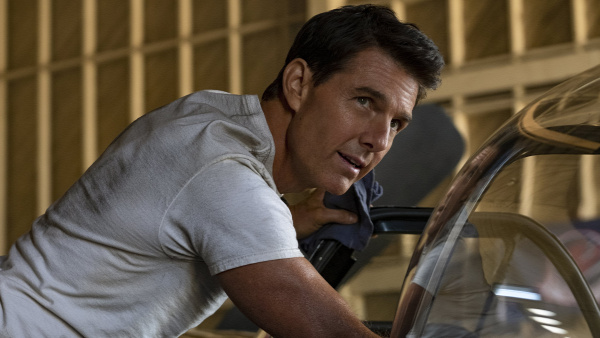 Tom Cruise returns as Pete 'Maverick' Mitchell in the sequel to the '80s classic. This time he will train a group of new and young recruits, i.a. is Bradley 'Rooster' Bradshaw - the son of his old partner 'Goose' - on the team.

The relationship with Rooster, as well as the lack of support from his superiors, however, creates his share of challenges for the experienced pilot Maverick. All of this, however, needs to be put on the shelf, as a special mission requires an unusual amount of both the recruits and the Maverick.

In connection with 'Top Gun 2: Maverick', the film's producer Jerry Bruckheimer - who i.a. has also been behind Beverly Hills Cop, The Rock and Pirates of the Caribbean - taken a talk with Total Film about the film's footage, stunts and of course Tom Cruise.

Bruckheimer says, among other things, that Cruise was initially a little skeptical about the idea of ​​a sequel, as he was worried about the technological part, here whether the actors could be filmed where they actually fly themselves - and whether those recordings would be useful at all.

- In the first movie, we sent the actors up in F-14 planes, and they all had their heads between their legs, they threw up and we could not use some of the footage for anything. It was a disaster.

- The only thing we could use were the footage of Tom, because he can handle it. It was really a challenge, Bruckheimer continues.

Therefore, the biggest challenge was to find actors who could actually get on a plane and make useful footage:

- Many actors said "No thank you, I am willing to do it in a simulated plane". Because of course it is dangerous. So we really got together the best group.

The successful producer also tells how Cruise prepared a months-long training so that actors could cope with the g-force in the planes.

Although the hard training got the actors up on the planes, it was not enough to stop the nausea. Everyone, except one, threw up in the planes, says Bruckheimer:

- Except for Monica [Barabro] - she was the only one who could handle the g-force better than the other actors. And then of course Tom.

The extensive training has to that extent paid off. Many reviewers praise the film for beautiful and wild action sequences in the air. Therefore, the successful producer also wants to emphasize the realism of the film's footage:

'Top Gun 2: Maverick' can be seen in theaters now.