'Scream 6' is getting bloodier than ever before, but has to do without iconic character

After this year's popular Scream 5, there will of course be another in the series of the beloved slasher movies with Ghostface on murderous prey. This means that several of the franchise's new faces will return, while there will also be room for old celebrities in Scream 6. 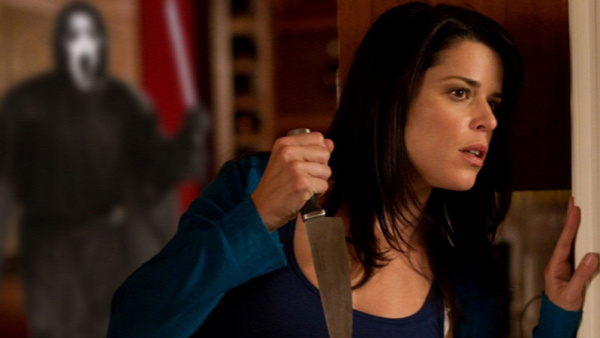 The sixth horror chapter is going to follow a group of young people leaving the tormented city of Woodsboro in hopes of putting the horrific experiences of the fifth film behind them and starting on a fresh start.

One of the film series' new faces is Jenna Ortega, who played Tara Carpenter in 'Scream 5'. She tells Variety that 'Scream 6' will probably be the bloodiest and most violent in the franchise so far:

Ortega is also looking forward to actor Hayden Panettiere joining the team. As you know, she played Kirby Reed in Scream 4.

- She's been one of my favorite characters in the franchise for a long time, so it's really cool that her character can come back and get redress.

When the film's filming begins this summer, it will unfortunately be without one of the series' most held characters.

Neve Campbell has chosen not to return as the eternal survivor of Sidney Prescott in 'Scream 6'. Campbell has issued a press release about its decision, where it i.a. reads:

- Unfortunately, I will not be in the next Scream movie.

- As a woman, I have had to work extremely hard throughout my career to determine my worth, especially when it comes to Scream. I felt that the offer presented to me did not match the value I bring to the franchise, elaborates the 48-year-old actor.

- It has been a difficult decision. To all my Scream fans, I love you guys. You have always been so incredibly supportive. I am eternally grateful to you and what the franchise has given me over the last 25 years.

However, it looks like Courteney Cox will return as journalist Gale Weathers, accompanied by My Best Friend's wedding star Dermot Mulroney.

In addition, a small handful of the franchise's legendary actors have shown Campbell their support. Here you will find David Arquette, Matthew Lillard and Jamie Kennedy. It writes i.a. NME.

- Did Tom Cruise get less money for Top Gun: Maverick? Fuck no, dude. So why should a woman get smaller? Why would you not pay her more now that the series continues?

Arquette also shows her support with the words "A Scream movie without Sidney is a little unfortunate, but I understand her decision".

Now we have to see if anyone with the wallet might have time to change their mind, so we still get to see Campbell back in the iconic role as Sidney.

For more than 25 years, the cinema has been screaming and screaming: 'Scream' has developed into one of the most successful horror series, and after part 5 recently made the box office ring after a long break, work is already being done on it, half a dozen full close. However, one will not be there: leading actress Neve Campbell (48).

The actress became an international superstar with her role as Sidney Prescott, survived all slasher attacks in the five films and made a significant contribution to the success of the franchise. But in part 6 she will not be there for the first time. The actress announced in a statement to 'Variety' on Monday (June 6). The fee that was offered to her just wasn't right. "Unfortunately, I won't be doing the next 'Scream' movie," the statement said. "As a woman, I've had to work extremely hard throughout my career to establish my worth, especially when it comes to 'Scream.' I felt that the offer I was made didn't match the value I gave to the franchise. "

The decision to leave her career springboard behind was not easy for her, assured Neve Campbell. "To all my 'Scream' fans, I love you. You have always been incredibly supportive of me. I will be eternally grateful to you and for what the franchise has given me over the past 25 years." Paramount Pictures have not yet responded to Neve's claims that she was underbid. It will star Dermot Mulroney, Melissa Barrera, Hayden Panettiere and Jenna Ortega and will be directed by Matt Bettinelli-Olpin and Tyler Gillett. The planned release date is March 2023. Will the film be a success without Neve Campbell?

They return in "Scream 6"

The next sequel welcomes back several of the surviving characters. Biopremier March 31, 2023. The sixth "Scream" film will be shot this summer, and now it is clear that several of the actors will return and meet Ghostface again.

The Wrap announces that Melissa Barrera (Sam), Jasmin Savoy Brown (Mindy), Mason Gooding (Chad) and Jenna Ortega (Tara) also star in the sequel. The young actors were introduced in the winter reboot "Scream" as the gang of friends in the city of Woodsboro, who 25 years after the first serial killer tragedy suffered a new bloodbath.

According to previous reports, Courteney Cox will also return in the role of Gale Weathers, whom she played since the original film from 1996. So far, we do not know if there is even a place for Neve Campbell's Sidney.

Also read: Watch movies Doctor Strange in the Multiverse of Madness 2022
"Scream 6" is again directed by the duo Matt Bettinelli-Olpin and Tyler Gillett who took over the franchise after Wes Craven's death. Their film grossed $ 140 million in theaters earlier this year, and it was not long before the studio gave the go-ahead for a sequel. We will see it in cinemas on March 31 next year.

What did you think of the latest "Scream"? Comment below 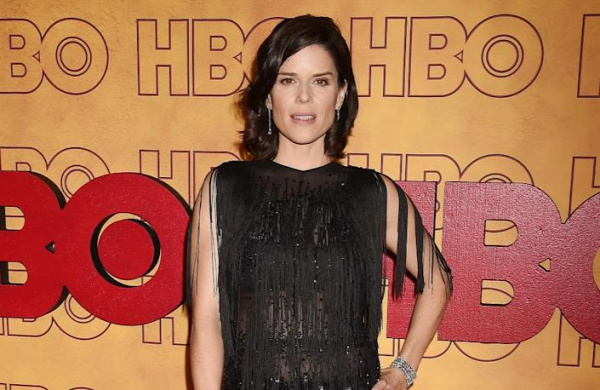 Neve Campbell has already been approached for 'Scream 6'.

The 48-year-old actress reprized her role as Sidney Prescott in the fifth film in the blockbuster slasher franchise and has also been reunited on screen with her old castmates Courteney Cox as Gale Weathers and David Arquette as Dewey Riley. If you believe the actress, it won't be the last time the cast of one of the iconic horror films will come together.

Neve has now revealed that a draft script for another sequel is "coming soon". At the horror convention Mad Monster Party in California, Neve said: "They approached me. There is no script yet. There's a draft coming soon I'm told. I was supposed to call a producer yesterday because he wanted to talk to me about what's going on."

However, the 'Wild Things' actress stressed that she needs to see the story before deciding whether to return. She added: "We'll see. I'll read the script and see how I feel." The original 1996 film 'Scream' was a huge hit. It grossed over $173 million at the worldwide box office and launched the then 23-year-old young actress into stardom.

'Scream 6' is getting bloodier than ever before, but has to do without iconic character
Fight over money: Neve Campbell quits 'Scream 6'
They return in "Scream 6"
Neve Campbell: Already in talks for 'Scream 6'?