It might be difficult to find your way around all the superhero movies that Marvel has enriched the world with over the past many years. Fans of the movies probably know at least that the abbreviation MCU stands for Marvel Cinematic Universe, ie Marvel's cinematic universe. 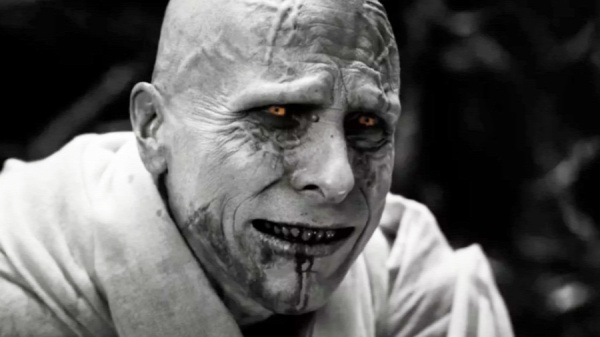 In a little while, Thor 4: Love and Thunder will have a cinema premiere with none other than Christian Bale in a particularly vicious role as the villain Gorr the God Butcher.

It just so happens that Bale had no idea what MCU was when he accepted the role. He did not even know that for that matter he had entered a cinematic universe.

The actor has left his Batman role in the DC universe, while it now applies to MCU. In an interview with Total Film, Bale says that he certainly did not hesitate to take on another role in superhero land after Christopher Nolan's Batman trilogy:

- I did not stumble over it at all […] I read a lot about it, and people said 'oh, look there! He's gone into MCU! ', Bale elaborates on his reaction to the switch from DC to MCU:

Has it not gradually dawned on the 48-year-old actor what he has said yes to? If nothing else, he knows well what he has been inspired by for the role of Gorr.

Here Bale mentions i.a. the vampire Nosferatu, while also being skeletoned for the disturbing music video ‘Come To Daddy’ by Aphex Twin. It seems that we have something extremely scary in store.

'Thor 4: Love and Thunder' premieres in theaters on July 6.

The first and long-awaited trailer for Thor: Love and Thunder is out, and it's just three months before its  cinema premiere on July 6, which is a full two days before the American premiere!

The trailer shows our title character in a search for the meaning of his life, after his role in Avengers: Endgame is over. As most of us remember, it was not the most well-trained Thor who helped defeat Thanos, but the god of thunder goes in the trailer in sharp training and looks more fit than ever.

As we also knew in advance, he has teamed up with Star-Lord and the rest of the Guardians of the Galaxy, just as Valkyrie is rebuilding Asgard, who suffered a sick fate in Thor: Ragnarok.

Finally, at the end of the trailer, we see a new Lady Thor in the form of Jane Foster, who as you know has been the original Thor's girlfriend in Marvel's cinematic universe.

Before Thor swings his ax (yes, the hammer belongs to Lady Thor now), however, we can experience another Marvel hero in Doctor Strange in the Multiverse of Madness - the pre-sale for that movie starts in theaters on April 20th.