Under the eyes of John Textor, Botafogo faces Flamengo for the first time in 2022 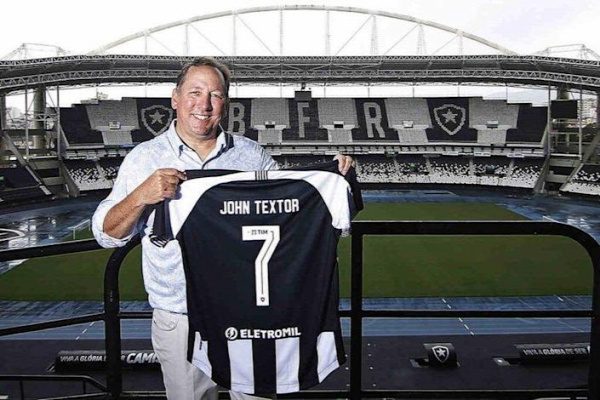 Botafogo players will have two more motivations to face Flamengo, at 8 pm this Wednesday at Nilton Santos, for the Carioca Championship. First, of course, because it's a classic. Then, by the presence of John Textor - the businessman will be at the stadium to watch the duel. The match will be broadcast in real time on the LANCE! website.

This will be the first game of Botafogo that the businessman will watch in loco. The duel also marks the first time that Alvinegro faces Flamengo in the 2022 season - so far, the retrospect in classics is balanced: a victory over Vasco and a defeat to Fluminense.

John Textor is in Rio de Janeiro to sign the definitive contract for the purchase of 90% of SAF, which should happen soon. Watching Botafogo live is on the agenda. In addition, he also had a meeting with Deco with the intention of talking about the interest in hiring Bruno Tabata, a forward for Sporting-POR.

- This (presence of John Textor) is off the lawn. When we enter, we focus only on the game, on the four lines. It would be very important, yes, but not only because of John, there is the championship itself, because of the 'plus' that brings victory in a classic, confidence... That's the most important thing in this game - said Gatito Fernández at a press conference .

On the field, Botafogo has, perhaps, the main challenge of 2022. Even without the expected reinforcements, the team full of young people will try to face Rubro-Negro, choking on the runner-up in the Brazilian Supercup. These are two teams that have something to prove.

With Lúcio Flávio, interim coach since the departure of Enderson Moreira, the team did not impress collectively despite the two victories in two games. Against Resende, individual insights - ironically from the young athletes - made the difference for the positive result.

Under the eyes of John Textor, Botafogo faces Flamengo for the first time in 2022