Henry Cavill: Stephanie Meyer wanted to cast him in the 'Twilight' movies 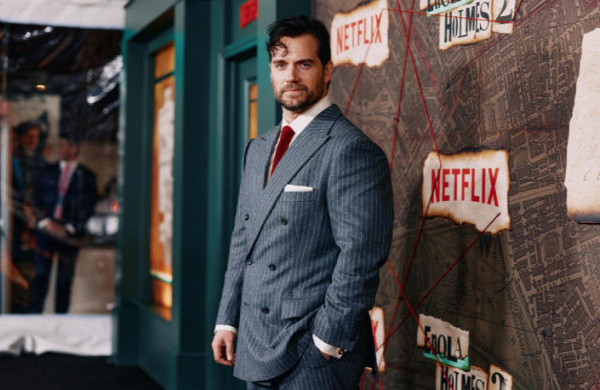 Henry Cavill revealed he had no idea author Stephanie Meyer wanted to cast him in the 'Twilight Saga' movies.

The 39-year-old actor has revealed he was the writer's choice to play Edward Cullen in the theatrical adaptations of her vampire novels, although the role ultimately went to Robert Pattinson.

Speaking on the 'Happy Sad Confused' podcast, Cavill said: "I didn't know they wanted to cast me and the internet wasn't quite the tool it is now. I only found out afterwards. I was like, 'Oh okay, that would have been cool.'" Henry insisted he wouldn't mind missing out on certain roles, as it could be "a good thing" rather than a career detriment.

" Basically, I got close to a lot of stuff and didn't get it, but it's funny that people think that's a bad thing, in Hollywood -- or in the acting industry -- everybody's trying to get a part, and they're don't necessarily always get them, so actually having the opportunity to grab the spotlight by missing out on the big roles is a good thing, not a bad thing.” In a blog post in 2007, before the 'Twilight ' Cast was decided, but Stephanie insisted that she had "no control over how the film proceeded," particularly in regards to who "should play the lead role."

Henry Cavill: Stephanie Meyer wanted to cast him in the 'Twilight' movies