Denis Villeneuve makes room for more stars in his epic ensemble.
The emperor is found. One of the last major roles in Denis Villeneuve's "Dune" film adaptation has been added, and it will be Christopher Walken who gets to play one of the galaxy's most powerful characters.

Villeneuve has saved the role of Emperor for his sequel, "Dune: Part Two". There we also get to see Florence Pugh in the role of his daughter Princess Irulan. In another new role, "Elvis" star Austin Butler appears as Feyd-Rautha, a relative of the baron played by Stellan Skarsgård.

Also read: I Am Zlatan

We last saw Walken in the TV series "Severance".

Veteran actor Walken appeared in an Oscar-winning supporting role in "The Deer Hunter" (1978) and has made memorable contributions in "Living Target" (1985), "Batman Return" (1992) and "Pulp Fiction" (1994). He was most recently featured in the TV series "Severance" on Apple TV +.

Some of the actors who will return to the desert planet Arrakis are Timothée Chalamet, Rebecca Ferguson, Zendaya and Josh Brolin. The recording of "Dune: Part Two" kicks off this fall, Deadline writes. The cinema premiere is scheduled for October 20, 2023.

Not only is the second part of Dune in production by Warner Bros. In addition to the expected sequel, director Denis Villeneuve guarantees that the series Dune: The Brotherhood is still in production and that the spin-off is moving forward - although no news has been released since its announcement.

What is known so far is that the HBO Max exclusive series will be a prequel to the films and, as the title itself makes clear, will focus on the Bene Gesserit brotherhood, the religious order that accompanies and advises all the great families of the world. Empire and which is directly linked to the emergence of the messiah. 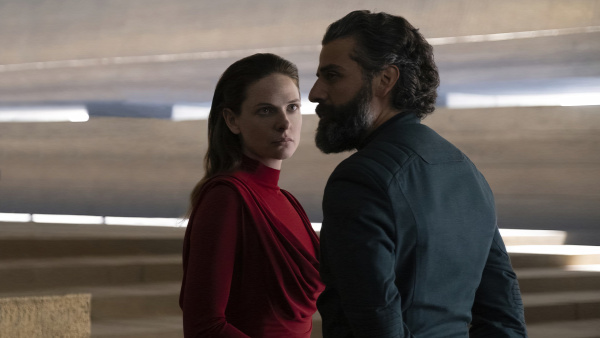 However, despite Villeneuve's statement about the status of the series, the director himself has already said that he is not ahead of the project, taking care of only Dune: Part 2, scheduled to hit theaters in October 2023. was quite optimistic about the spin-off and that the entire team responsible continues to work to get the project off the ground.

According to the director, the few words are precisely a way to avoid any problems with the production. According to him, things are still under development and, therefore, he prefers not to delve into possibilities and speculations precisely because he knows how fragile everything “is still”.