Flamengo's 3-1 victory over Botafogo last Wednesday, for the eighth round of the Campeonato Carioca, was important not only for the three points, but also for the team's performance. In fact, one of the main names of the match was Gabigol, chosen in a "new role" on the field. In this way, with his outstanding performance, shirt 9 opened up even more the range of possibilities for coach Paulo Sousa to climb Flamengo this season.

Against Botafogo, Flamengo's offensive trio was formed by Arrascaeta, Gabi and Pedro. While the first two had a lot of freedom of movement to create plays, the last one was the centralized attacker - but that also didn't stop moving.

Thus, it was clear that, with Pedro on the field on the last night, Gabi did not act as a centre-forward, a role he usually fulfills since he landed in Gávea. The shirt 9 was able to fall down the right side of the field, leave the area and create promising scoring chances - it is worth remembering that he took off at least two great passes that could have become assists. Not by chance, the attacker's game was one of the themes of coach Paulo Sousa's press conference. 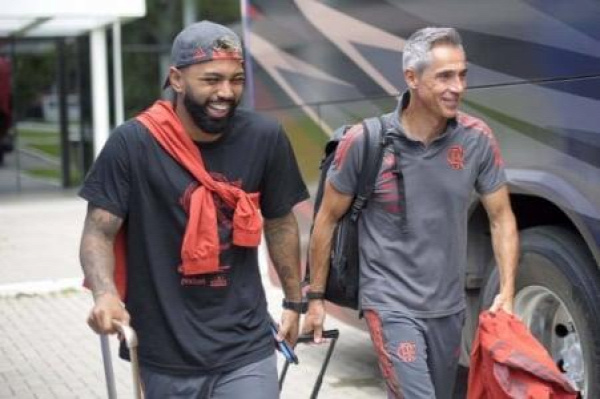 - Regarding the mobility of Gabi and Arrascaeta, because when we have a depth player, like Pedro, then we have to improve that depth even more. In other words, he has to understand that, when we have players with mobility, when we have players on the outside, it is undoubtedly important to be able to be closer to the area, in square with the posts, in order to make a difference, as he did in the goal - said Paulo Sousa.

And he has to be closer to give that same depth, to be able to create spaces and times for the mobility of our players that can enter between the lines. That happened, and Gabi understood it very well, like Arrascaeta, they played a really good game - he added.

Gabi's performance and Mister's approval are signs that Flamengo has gained yet another way of playing. Paulo Sousa can choose shirt 9 both centrally and more openly in the next matches with the conviction that the performance of Rubro-Negro will be at a high level.

With Gabi open, there is room for Pedro to start in the starting 11. With Gabi centralized, Everton Ribeiro, Bruno Henrique, Vitinho, Marinho and Lázaro, for example, appear as options to fill the side of the field also with speed and quality.

It is with this wide range of possibilities that Flamengo returns to the field next Sunday to face Resende, at 4 pm, at the Nilton Santos stadium. The match is valid for the ninth round of the Campeonato Carioca and will be broadcast in real time by LANCE!.