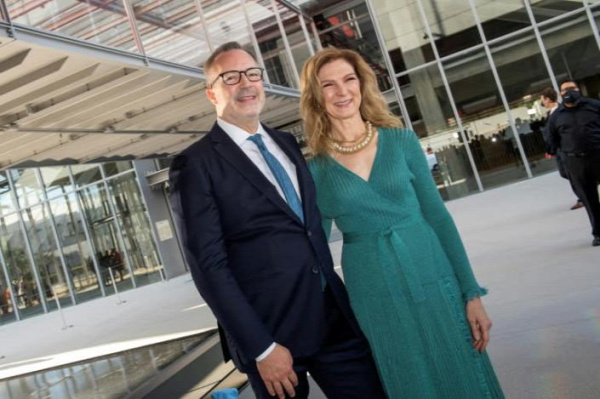 The Oscar Academy has named Bill Kramer as its new CEO. He was "the ideal choice to lead the organization at this crucial moment," said David Rubin, President of the Academy of Motion Picture Arts and Sciences, on Tuesday (local time) in Los Angeles. Kramer, who oversaw the opening of the new Oscar Film Museum in Los Angeles, succeeds Dawn Hudson, who held the post for 11 years.

The management of the Oscar Academy had come under criticism in recent years, among other things, because of the allegation of a lack of diversity. Under the catchphrase "#OscarsSoWhite" there had been calls for a boycott of the Oscars and storms of protest in the online networks because of the insufficient consideration given to non-white filmmakers.

Hudson then advocated doubling the number of women and non-white members in the academy. The approximately 10,000 Academy members decide every year which films and filmmakers will be awarded the Oscars.

The slap scandal surrounding Hollywood star Will Smith at this year's Oscar gala also recently caused criticism. The 53-year-old hit comedian Chris Rock on stage after he made a joke about Smith's wife Jada Pinkett Smith. Smith was later barred from all Oscar ceremonies for ten years.