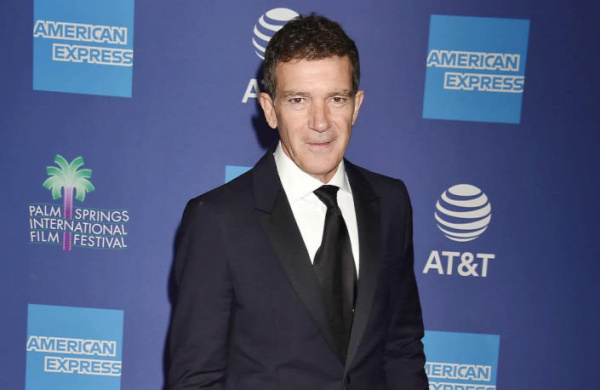 Antonio Banderas was in awe when he first saw Harrison Ford in the 'Indiana Jones' costume.

The 61-year-old will star alongside the Hollywood legend in the forthcoming fifth film in the big screen franchise. Now the actor admitted it was "strange" to be on set with such an iconic character. When he saw the costume in real life for the first time, he was really awestruck.

The star told 'Entertainment Tonight': "I was in makeup very early on the first day. Someone knocks on the door, I turn around and he says 'Hey' - and he was Indiana Jones with his wig, hat, all the trimmings. And I was like, 'Whoa, that's weird.'” Previously, like most, the actor had only admired the hero on screen. "I saw Indiana Jones when I moved to Madrid in the early '80s."

While Banderas didn't reveal much about his role in the new film, he recalled how he felt when he first saw the movies hit the big screen in his 20s. He added: "I even remember the name of the theater and I was like, 'Oh my god, this is the future of movies, adventure movies,' and it was for many years. Since 40 years. Now everything changes.

The paradigm of cinema is changing.” Ford (79) will return as the well-known archaeologist in the upcoming fifth installment, directed by James Mangold. He himself recently said: "We are almost done with the next Indiana Jones film with the music by John Williams. And I had a wonderful experience working with James Mangold, again with Kathy and Frank. I'm really proud of the film we made.”