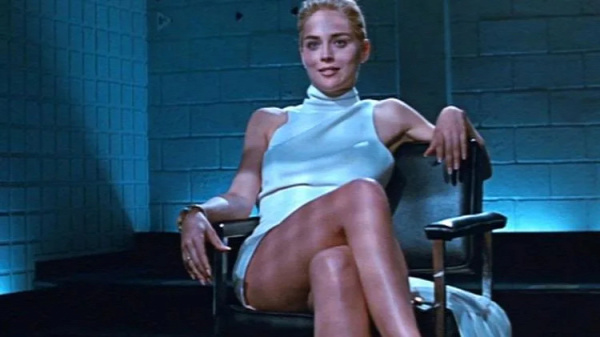 Sharon Stone still wears the white dress from the classic cross-legged scene from "Basic Instinct" (1992). In an interview with Instyle magazine, the 63-year-old actress explained that she kept the play in a deal with the production of the feature to compensate for her low pay from the film. Even playing protagonist Catherine Tramell, she was paid much less than her co-star Michael Douglas for the job.

“I stated in my contract that I would take the clothes. People thought I was crazy, but the truth is, I wasn't getting paid very well compared to my male counterparts. I got $500,000 and Michael [Douglas] got $14 million. So sticking with the clothes was a wise decision,” she said.

The star, however, says she never wore it again after filming. "It was zipped up in a bag on set and never opened again. I broke the zipper so it's hermetically sealed, like a really cool piece of art or time capsule."

In the interview, she explained how the white dress was chosen for the scene. “We decided on the all-white outfit because of the character's Hitchcockian inspirations,” he said. “But Ellen [Mirojnick, costume designer on the film] designed the dress so I could sit like a man in the interrogation scene. move my arms and legs, have space and control in a room full of men.”

In other interviews, Sharon Stone said that she was tricked by director Paul Verhoeven and did not know that she would appear without panties in the film. To Instyle, she told that she did not imagine that the interrogation scene would become classic. “The movie was a thriller and we were stopping the action to film me sitting in a chair, so I thought the chance of anyone calling at that moment was zero,” she concluded.