After an accident: Jeremy Renner posts a photo in the hospital bed 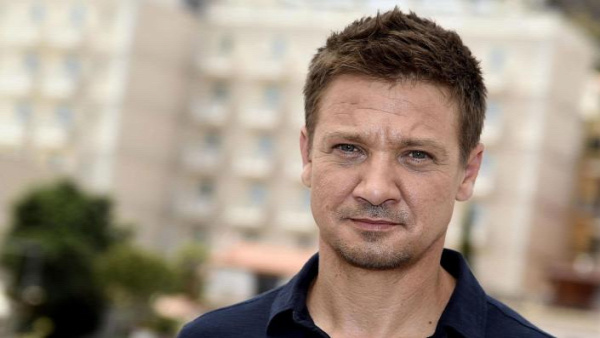 Renner posted a photo from the hospital bed on Tuesday afternoon (local time) on Instagram showing him with tubes in his nose, a black eye and abrasions on his face. Renner thanked in a short text for the many recovery wishes. He was "too messed up" to type, but he wanted to send "love" to everyone. 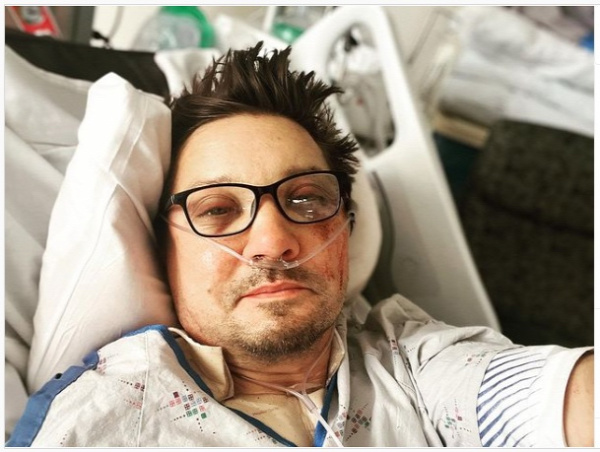 According to the police in Washoe County (US state Nevada), Renner was run over by his own snow plow on New Year's Day. Sheriff Darin Balaam spoke of a "tragic accident" at a press conference on Tuesday.

After heavy snowfall in the mountainous region near Lake Tahoe, a Renner family member got stuck in a car on a private road. The actor freed the vehicle from the snow masses with his snow plow. Then he got out, but the heavy device started moving again. The accident happened when trying to get back into the driver's seat, Balaam said. The investigation would still be ongoing.

Renner was taken to a nearby clinic by helicopter. He suffered a "blunt trauma" in the chest area and "orthopedic injuries," said his team of spokesmen on Monday, according to media reports. His condition was described as critical but stable. After an operation, he was treated in the intensive care unit, it said.

Renner, father of a nine-year-old daughter, played in the superhero series "Avengers" and in two "Mission: Impossible" films. He was nominated for an Oscar in 2010 for his leading role in the war drama The Hurt Locker. He received a second nomination a year later for his supporting role in Ben Affleck's action thriller The Town.