Jorginho reveals that Tuchel showed the departure of Palmeiras 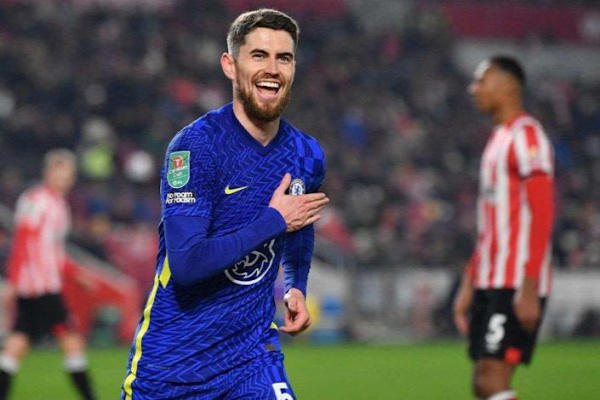 Chelsea won this Saturday, for the first time, the Club World Cup title, beating Palmeiras 2-1 in Abu Dhabi, with goals from Lukaku and Havertz - Raphael Veiga reduced to Alviverde. After the game, midfielder Jorginho spoke about how coach Thomas Tuchel gave importance to the tournament and motivated the squad.

> Abel Ferreira praises Palmeiras' performance against Chelsea: 'I'm very proud of what we did'

In an interview with BandSports, the Italian-Brazilian said that the German commander showed images of the departure of Palmeiras to make clear the importance of the World Cup.

- The only detail he (Tuchel) went through before we boarded was the Palmeiras bus leaving, for the players to understand how important this competition was and how Palmeiras gave importance and would try to win. Anyway, we talked, we didn't have that title, it was very important for us, an important opportunity for all of us. This team needs to be respected too, they said some things, I have to thank you now for what they said, this served as motivation - commented the midfielder.

Jorginho commented on the pre-final analysis on the Blues. For the midfielder, the English team was not respected as it should be.

- I don't need to talk, you know. They lacked a little respect. This team deserves respect, they won the Champions League, the Supercup, now the World Cup. It is a team that is hungry to enter the history of the club. We are very happy - commented the midfielder.

With the World Cup title, Chelsea won all the international tournaments for the year 2021 - they had won the Champions League and the European Supercup.

It wasn't this time! Palmeiras lose to Chelsea in the World Cup final

Palmeiras fought hard, but it wasn't enough. In extra time, Verdão was defeated by Chelsea, from England, by 2-1 in the final of the Club World Cup, in a match held this Saturday (12), in Abu Dhabi, in the United Arab Emirates.

The game
From the beginning, Palmeiras showed their plan very clearly. Congest the midfield and leave the ball with Chelsea's defenders, who failed a lot in the distribution of play, and fight for counterattacks.

Chelsea kept the ball, but Palmeiras took the most danger. Verdão's first good chance came at 23, when Dudu cut to the middle and hit from the right, with the ball passing close to Mendy's goal. The big chance of the initial stage came soon after, with Dudu and Zé Rafael tabling. Shirt 7 received it at the entrance of the area, but it knocked weakly out.

The English continued to struggle to break through the green block at the entrance to the area and could barely find forward Lukaku. The Blues' best attempt in the first half came in stoppage time. Thiago Silva took advantage of the space in the middle and hit the goal. Weverton went down, but the ball passed the side of the goal.

The second half started like the first, with Rudiger taking advantage of the space in the middle and shooting over Weverton's goal. Only the 9, Chelsea opened the scoring. Hudson-Odoi went to the bottom and crossed on Lukaku's head, who beat Luan and put him in the net.

At 15, Dudu missed a chance inside the area, but VAR called the referee Chris Beath, who awarded a penalty for a hand touch from Thiago Silva. Raphael Veiga displaced Mendy and evened the score in Abu Dhabi.

Chelsea had a good chance with Pulisic, but the American sent them out. Soon after, Veiga received it at the entrance of the area and hit weakly for Mendy's defense. Pulisic had another good opportunity in the sequence, with the shot putting it close to the post.

The English team even tried to apply greater pressure in the last minutes. However, it didn't result in much and the match went into overtime.

In extra time, Chelsea went more into the attack. After unsuccessful attempts by Pulisic and Sarr, Werner tried to cross into the area, the ball deflected and ended up hitting the crossbar.

In the second half of extra time, Chelsea continued to lift balls into the area and in one of them, the ball hit Luan's hand and the referee, with the help of VAR, awarded a penalty. Kai Havertz, goal scorer in the Champions League final, took the kick and put the Blues back in the lead. 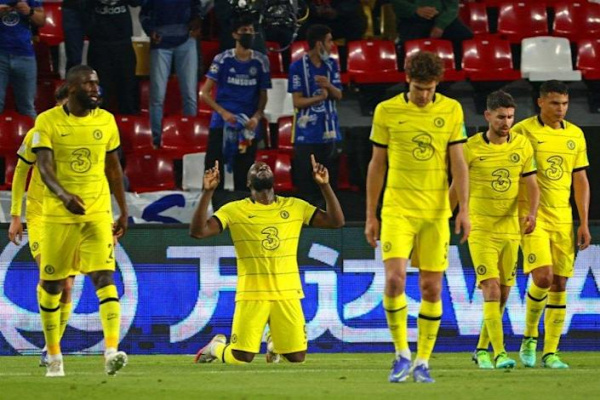 TURBULENT DECEMBER
However, the month of December was not easy for Chelsea either on or off the pitch. In nine matches, the Londoners won four wins, three draws and one defeat. The defensive consistency of the team that had conceded nine goals from August to November disappeared and the club conceded 12 goals in the last month of the year.

At the end of December, Romelu Lukaku also gave a controversial interview to "Sky Sports" in which he said he wanted to play for Inter Milan again. The Belgian striker even questioned Thomas Tuchel's work model, as he did not was managing to surrender and score the goals that were expected as in Italy.

The striker, who had been the Blues' biggest signing of the season, did not play in the first game of 2022 and moved Chelsea's backstage. At the end of January, "The Athletic" published an article in which it said that the athletes of the club's offensive system were not satisfied with the work of the German commander.

WHICH CHELSEA WILL WE SEE?
In January, Chelsea had already lost the Premier League lead to Manchester City. In the first game of the year, the Blues drew with Liverpool at Stamford Bridge and two weeks later suffered a defeat to Pep Guardiola's team.

Despite this, the London Blues come six wins in nine games played in 2022, two draws and only one setback. The club qualified for the League Cup final and the FA Cup round of 16, although they struggled to defeat England's 3rd division Plymouth Argyle.

It is difficult to make a prediction about which Chelsea we will meet. Will it be the regular, surgical in the decisive moments and that concedes few goals that we are used to seeing from January to November or will it be the irregular and turbulent that it has been in the last two and a half months? The answer will be seen on the field, but Palmeiras can take advantage and, above all, believe. 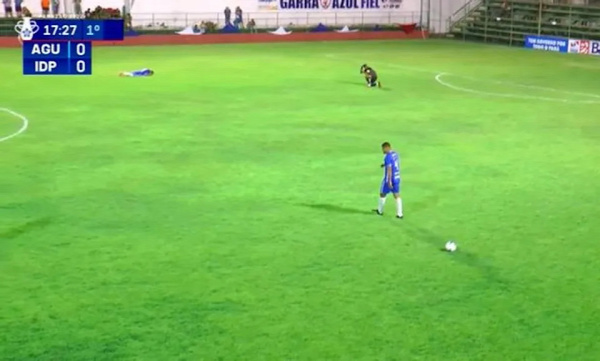 The match between Águia de Marabá and Independente, valid for the fourth round of the Campeonato Paraense, was interrupted after a lightning strike caused a great scare in the players and in the referee, who lay down on the lawn looking for protection.

When the clock marked 17 minutes of the first half of the match, lightning struck the side of the stadium and caused the game to be interrupted for three minutes, until the dispute resumed.

Vandick Lima, executive director of football at Águia de Marabá, commented on the case that drew attention on social media: "It fell next to the tower, but outside the stadium. No player complained about anything, it was really a big scare. in the dressing rooms and the game resumed after about five minutes. Then everything returned to normal. The scare was great".

During the match, the rain punished the lawn of the Zinho Oliveira stadium, from Águia de Marabá. The match resumed normally around the 20th minute of the first half and ended in a 0-0 tie.

Divided into three groups, the 12 teams that compete in Serie A of the Campeonato Paraense seek classification for the knockout stage, which will pave the way to the grand final.

Paysandu is the leader of Group A with 9 points, three wins in three games. Tuna Luso is in first place in Group B with 7 points and Remo commands Group C with 10 points in four matches played. 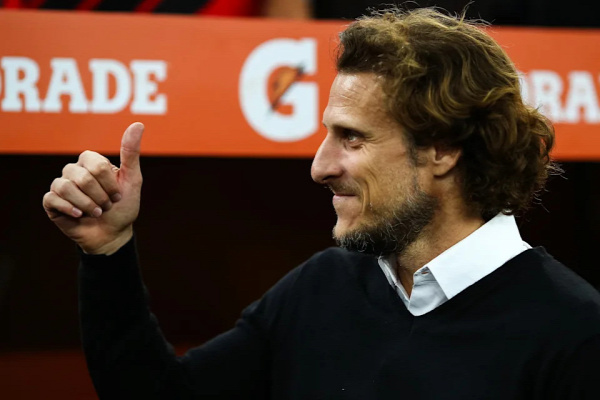 After the change of coach in the main team, with the departure of the idol Óscar Tabárez and the arrival of Diego Alonso, more news should appear in the Uruguayan Football Association.

A meeting between directors of the entity and former player Diego Forlán, practically sealed the arrival of Forlán in a position to work with the base categories of the Uruguayan national team.

In the conversation, published by the Uruguayan newspaper Ovación, several topics were discussed because the objective was to find out what kind of path “Cachavacha”, as it is called by fans, wanted to take in his professional career as technical director.

For the Association, it is extremely important that a former football player who had a worldwide shine is part of the work team that intends to put Uruguay on the path to great flights in international competitions.

In addition, the AUF also values ​​the fact that Forlán is a hierarchical professional and that throughout his performance as a footballer he has always exhibited exemplary behavior. It is worth remembering that the Uruguayan was elected the best player of the 2010 World Cup.

Asked about the topic on the Sport 890 radio show 100% Sport, the player who played in Brazilian football and defended Internacional, left the doors open to the invitation.

"I would love to be close to the selection. I am open to hearing proposals," said Diego Forlán.

Coach career has not geared up
The former player began his coaching career at the end of 2019 when he took over Peñarol. The stint was short and lasted just 11 games. There were nine matches played in the Uruguay Apertura Tournament and two for the Copa Libertadores, with four wins, three draws and four defeats.

In 2021, he took over Athens from the Uruguayan second division and also didn't stay in charge of the team for a long time. After 12 games and a record of four wins, five draws and three defeats, he was fired in an unusual way.

During a meeting via Zoom (videoconferencing application) with club officials, a bitter argument culminated in the dismissal of the coach right there.

Reinforcement for the Bayern offspring
Russia appeals against FIFA and UEFA measures
Luton Town vs Chelsea: where to watch, schedule and lineups of the FA Cup match
Student and former candidate dreams of medal in cross-country skiing
São Paulo: meet Lorenzo and Nathan, young people from the base enrolled in Paulistão