"The Last of Us": New apocalyptic trailer for the horror highlight after "The Walking Dead" 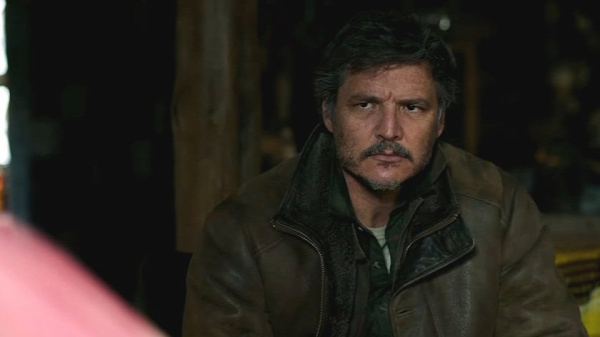 When it comes to video game adaptations, extremely interesting developments can currently be observed in Hollywood: while in the 1990s the studios primarily focused on the rather undemanding and supposedly mass-market video games for screen adaptation, such as the fighting games "Double Dragon" and "Mortal Kombat". , they now also resort to works that are characterized by a dense plot, complex characters and ambivalent messages. For example, Francis Lawrence ("Constantine") is working on a Netflix film adaptation of "BioShock", a series on "Fallout" is being created on Amazon and the film adaptation of the award-winning and successful films will soon start on HBO Max, in Germany with the streaming partner Wow PlayStation Series The Last of Us.

The first full trailer for the ambitious series adaptation by showrunners Craig Mazin ("Chernobyl") and Neil Druckmann, co-creator of the video game template, has now been released at the Comic-Con Experience (CCXP) in São Paulo:

Just breathtaking: This real trailer shows the effort that went into the major project. You wouldn't expect anything else from the company that has produced series like "House of the Dragon", "Euphoria" and "Station Eleven". Fans of the template should immediately recognize the different locations and the all-too-familiar setting and, with the characters shown, have in mind the sometimes terrible fates that have happened and/or will happen to them.

This trailer makes it perfectly clear, even to audiences unfamiliar with the fantastic video games developed by developer Naughty Dog, that The Last of Us will be a deeply nihilistic, at times melancholy, experience. One that will not let go of you for a long time - as is the case with the template. And: The scary factor will definitely not be neglected, just the sight of the bloater at the end gives you goosebumps. This will be a scary fight for the survivors. Also interesting for connoisseurs of video games: Apparently story elements from the DLC "Left Behind" were integrated here. Ashley Johnson, who played Ellie in the video games, will also be seen as her mother, Anna.

"The Last of Us": This is the plot of the first season
The world isn't the same anymore: the outbreak of a mysterious pandemic involving the parasitic cordyceps fungus has thrown it into chaos. Those infected tend to behave highly aggressively, in turn biting and infecting others while the fungus causes a horrific metamorphosis within them. The clickers and bloaters, as the survivors call them, are no longer human, they are completely consumed by the fungus and, unless destroyed, end up as spore carcasses that continue to infest the area with the dangerous parasite.

In this inhospitable world, the survivors can only really survive in fortified quarantine zones. Joel Miller (Pedro Pascal) is one of them, who hires himself out as a smuggler. Then he gets a job from the Fireflies to bring a human cargo from Boston to Salt Lake City: the girl Ellie (Bella Ramsey). She is said to be immune to the fungus and could be of utmost importance in the development of an antidote. What begins as a normal assignment for Joel eventually becomes a way for the embittered man to put an end to his past and find a new purpose in life.

The first season will contain a total of nine episodes and will start on January 15, 2023. Now that the long-lived zombie series "The Walking Dead" has come to an end, this series should be considered a welcome spiritual successor.

Címkék: News, The Last of Us
﻿