The Batman: Learn all about the new hero movie, which features Robert Pattinson in the lead role

In the darkest screen adaptation to date, The Batman, by Matt Reeves, features the debut of star Robert Pattinson in the lead role in a plot that mixes horror with noir suspense. The film also addresses a very current topic: the difference between justice and revenge. 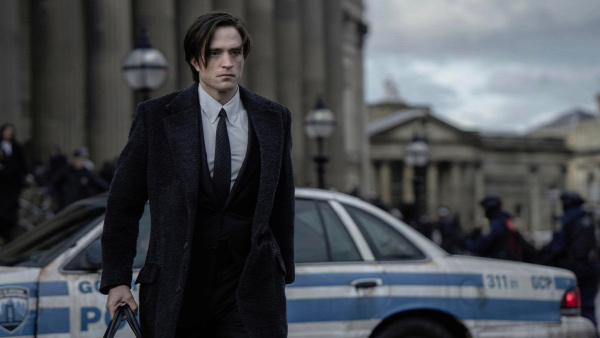 Matt Reeves managed to surpass his colleague Christopher Nolan: his vision of Batman is even darker than that of the director of 2008's The Dark Knight. Batman is much more than a superhero movie – it's a horror production shot in a noir style. Over the course of three hours, the hunt for the serial killer Riddler takes place in Gotham City where it's always night and the rain doesn't let up. There is no room for smiles or fun there – only criminality and decadence.

It is in this deplorable environment that Commissioner Gordon (Jeffrey Wright) is constantly forced to project the symbol of the bat in the sky: it is the signal for Batman to leave the darkness and help him in the fight against marginality. As has happened more and more in hero movies, the story is focused on adult audiences and the theme is less Manichean. There is an interesting subliminal discussion about the difference between justice and revenge, an argument that can easily be transposed to the real world. Quite original, Reeves' script casts doubt on the honesty of Thomas Wayne, Bruce Wayne's father, Batman's secret identity. This world of secrets and deception is ideal for the bat-man's crises of conscience - he seems to suffer just as much as the bad guys.

Another component that complements the film's oppressive tone is the soundtrack by Michael Giacchino. Coincidence or not, the It's Raining Vengeance theme is similar to Darth Vader's Imperial March from the Star Wars saga. With the flowing cape and stark black suit, Batman's comparison with the Star Wars villain is inevitable.

Responsible for the film's most agonizing scenes, the troubled Riddler is not the only figure that Matt Reeves rescued from the DC Comics universe, the publisher that began publishing Batman, created by Bob Kane and Bill Finger in 1939. There is also the presence of the Penguin. (an unrecognizable Colin Farrell) and Catwoman (Zöe Kravitz), as well as gangster Carmine Falcone (John Torturro). The truth is, fans already predicted that Reeves' aesthetic choice would lead him to an extremely dark and violent Batman. At least two of his previous productions gave these clues: Planet of the Apes: The Confrontation and Cloverfield are action films, but with hints of horror. In addition to monkeys and monsters, now Matt Reeves has added a bat to his gallery of creepy types.