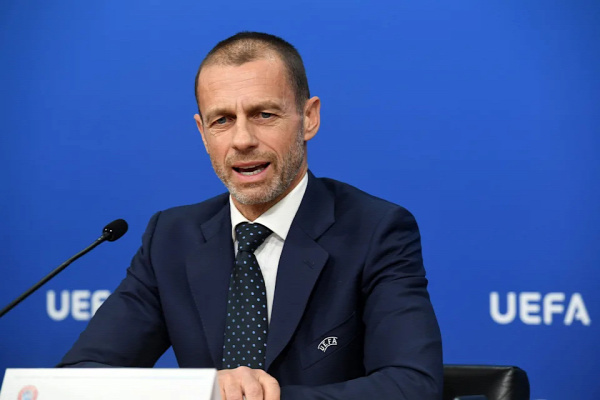 ​UEFA donated €100,000 to help children affected by the Russian invasion of Ukraine. According to European football's governing body, the donation will be used to finance programs by national federations and philanthropic entities focused on children's rights and well-being. The objective is also to benefit children who have taken refuge in neighboring countries.

Mediated through the Uefa Foundation for Children (a foundation linked to Uefa), the investment schedule provides for immediate action through an extra emergency fund of €100,000 for the assistance of Ukrainian refugee children. According to the entity, the Moldovan Football Association works together with local humanitarian organizations in assisting children in need, including medicines and hospital supplies.

The president of the UEFA Foundation for Children, Aleksander Ceferin said that it is the duty of the organization to defend children in situations of vulnerability: "Children are very vulnerable during conflicts and it is our duty to help defend their fundamental rights and their health - declared Ceferin

Airbnb offers free shelter for 100,000 Ukrainian refugees
About 100,000 temporary accommodations are being offered by the American platform Airbnb, for Ukrainian refugees fleeing the Russian invasion. The announcement was made this Monday (28) and will offer free short-term accommodation for these people. The information is from G1.

Accommodation must be financed by the company, by donors to the Airbnb refugee fund, and by hosts.

In addition to temporary accommodation, the organization also states that it "will work closely with governments to better support the country's specific needs, including through long-term stays".